JHL members with an immigrant background set up a community in Joensuu. Its purpose is to provide support related to integration, working life, and finding new friends. It is Trade Union JHL's sixth immigrant network. 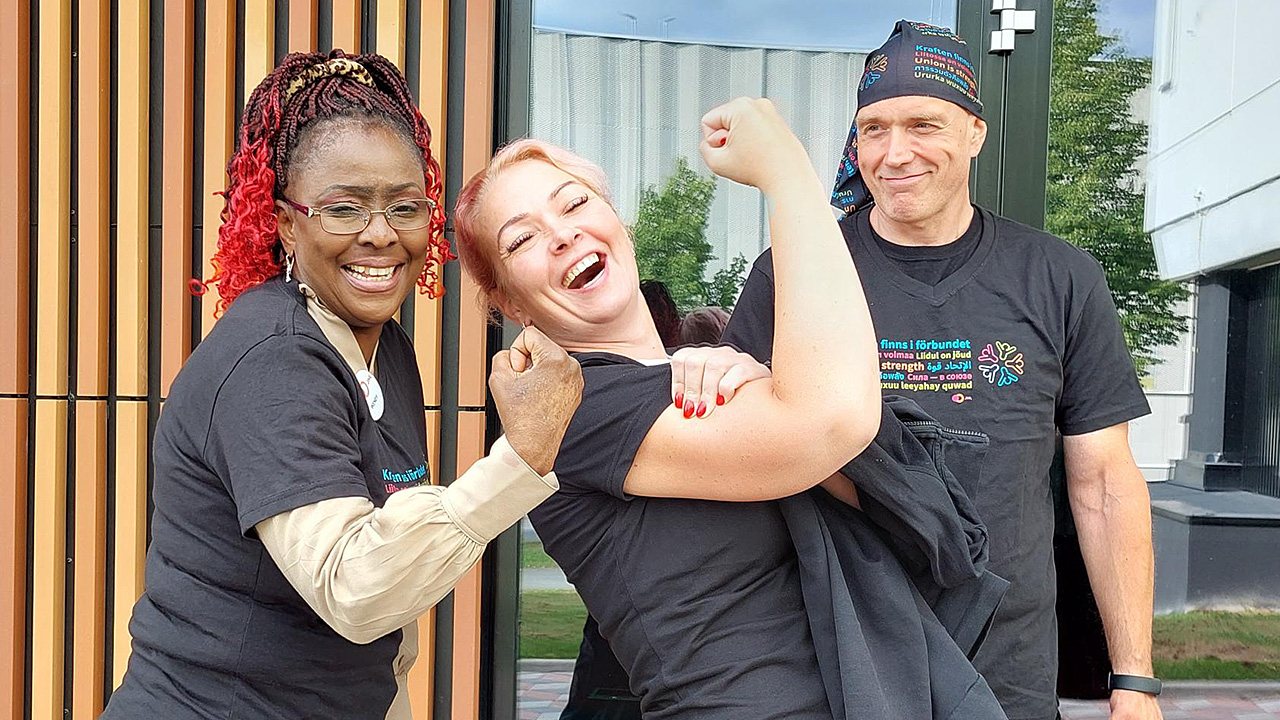 Oh my, there are people here! That was practical nurse Wendy Savolainen’s first thought as she stepped into the premises of hotel Kimmel in Joensuu at the beginning of September.

The immigrant network of JHL’s regional office of Eastern Finland was about to start its founding meeting. Savolainen was both happy and proud.

She has been working for the integration of immigrants ever since she moved from Zambia to Savonlinna in the mid-1990s. She joined a trade union around the same time. Members with an immigrant background, let alone actives, did not grow on trees back then.

What does the union offer? What benefits does it bring? These things must be put into words.

Since then, the Finnish working life has become significantly more international. For this reason, an immigrant project has been in operation in Trade Union JHL since 2021. As a result of the project’s work, new immigrant networks are being founded around the country. The network in Easter Finland is already the sixth of its kind.

At around the same time, Southeast Finland’s immigrant network was founded in Lappeenranta. PoVer operates in Ostrobothnia, Jalla-Jalla in Inner Finland, MeVe in Southwestern Finland and KaMuT in Southern Finland. 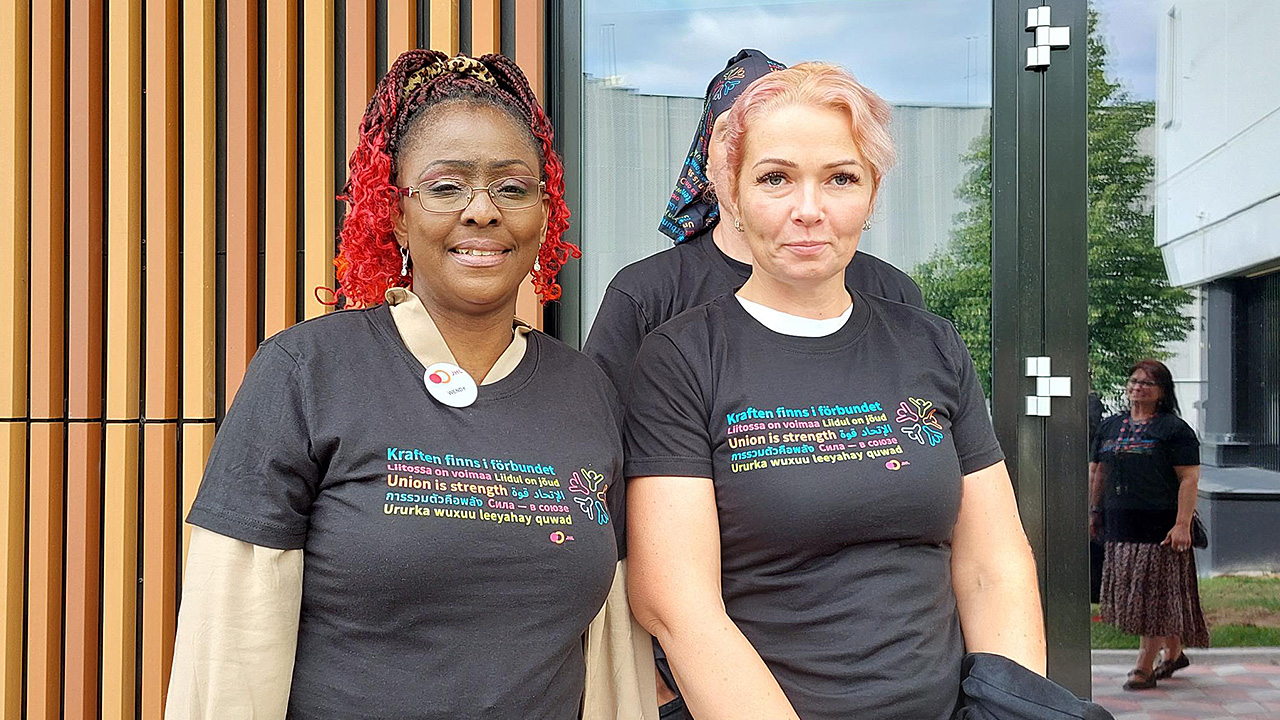 Chair of JHL’s immigrant network in Eastern Finland Wendy Savolainen (on the left) and vice chair Katri Aas are making JHL even more accessible to those with an immigrant background.

According to a rough estimate, there are about 250 JHL members in Eastern Finland who lack Finnish citizenship or who have some other native language than Finnish, Swedish or Sami.  Calls were made to reach them, and as many as about 20 people found their way to the first meeting.

The immigrant network is also meant for those JHL members with an immigrant background who speak Finnish and who are Finnish citizens. The next meeting will be held later in the autumn.

Read more: JHL’s third immigrant network has been founded, it only needs a name: Sunitha Akurathi and Michaël Fandi hope that the network will give them encounters, peer support and information about working life

Highlight the significance of trade union

The purpose of the immigrant networks is to promote the integration of those who have moved to Finland from abroad. That goal can be reached by providing information about the Finnish society, language and culture.

– Many people have lived in Finland for a long time, but they don’t get information on how to move ahead in life here, how to enter into school and working life, Wendy Savolainen says. 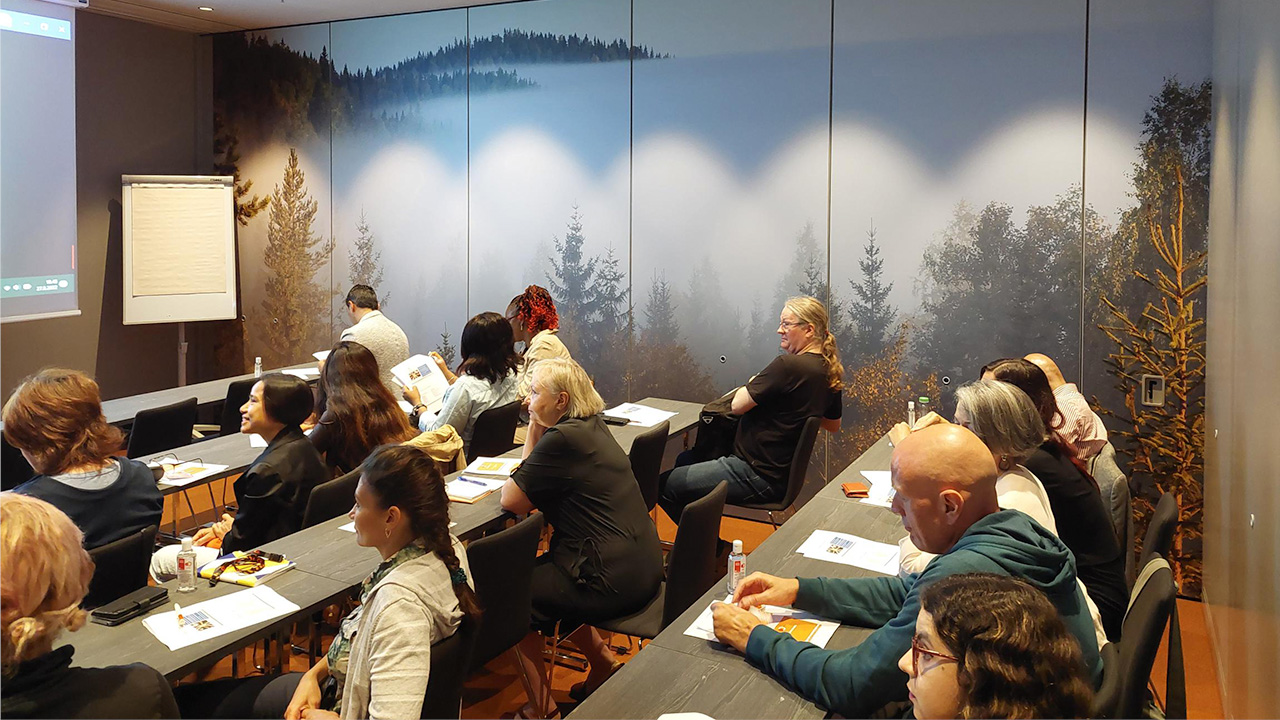 The immigrant network’s founding meeting attracted about 20 people. In the next meeting, the network will decide on a name for itself. There are already a few suggestions.

The most essential message is trade union membership. In many countries, membership may even be dangerous. The union’s task is to make it crystal clear that it is safe and useful to be a union member in Finland.

– What does the union offer? What benefits does it bring to a person’s life? These things must be put into words. Too many people are not union members, even if they’ve lived in Finland for decades, Savolainen says.

In the network, people will also get to know each other during recreational activities such as grilling sausages or visiting a museum.

– People would disappear quickly if all we did was listen to paragraphs of a law, Savolainen states with a laugh.

Read more: Neleah Kagiri is the new power figure of JHL’s immigrant project: ”A foreign jobseeker must be viewed as an individual, not as a representative of some group”

Wendy Savolainen was selected as chair of the network. Since the end of the 1990s, she has been helping immigrants and acting as an interpreter.

Back in the day, Savolainen discovered trade union membership through an acquaintance. The information might not have reached the immigrant otherwise, because it was mainly available in Finnish and Swedish.

I’m telling you, Finnish is not that difficult a language!

According to Savolainen, communication in various languages, especially in English, is something that Trade Union JHL could develop further.

At the same time, she stresses the importance of assimilating the Finnish language. For instance, professionals within the nursing sector must be able to explain things in Finnish and even write the language.

It is well known that the language is difficult, but she feels it can be learned.

– When I came to Finland, I received an efficient language training. I may not remember all the grammatical cases, but I’m still telling you: Finnish is not that difficult a language! 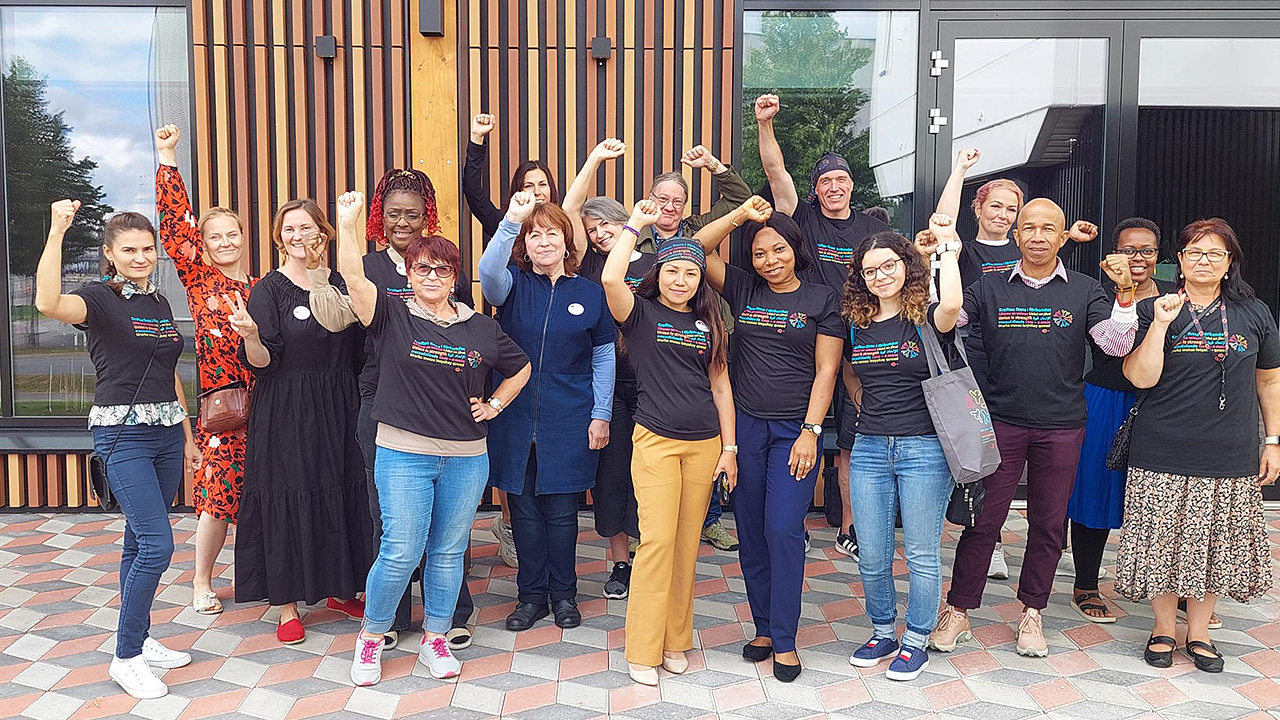 Strength in numbers in Joensuu.

The immigrant network operates in Finnish, but it is made sure that everyone understands what is going on in the meetings. People from various language groups took part in the founding meeting, which is why anything that was unclear could be explained in English and other languages.

– The goal is to activate with a low threshold in order for immigrants to get involved easily, JHL’s regional activities specialist Karoliina Silvennoinen explains. She is the person in charge of Eastern Finland’s immigrant network.

In the future, meetings will be organised with the hybrid model, meaning that remote participation, too, will be possible. Because Eastern Finland is a large region, this makes participation even more easy.

The goal is also to open the gates to those without an immigrant background.

– Many participants would like to bring along a Finnish-born friend, Silvennoinen states.