Work hard, play hard. Early wake-up call, two cups of coffee, five kilometres by bike and an intense workout at the gym. All this before the working day starts. 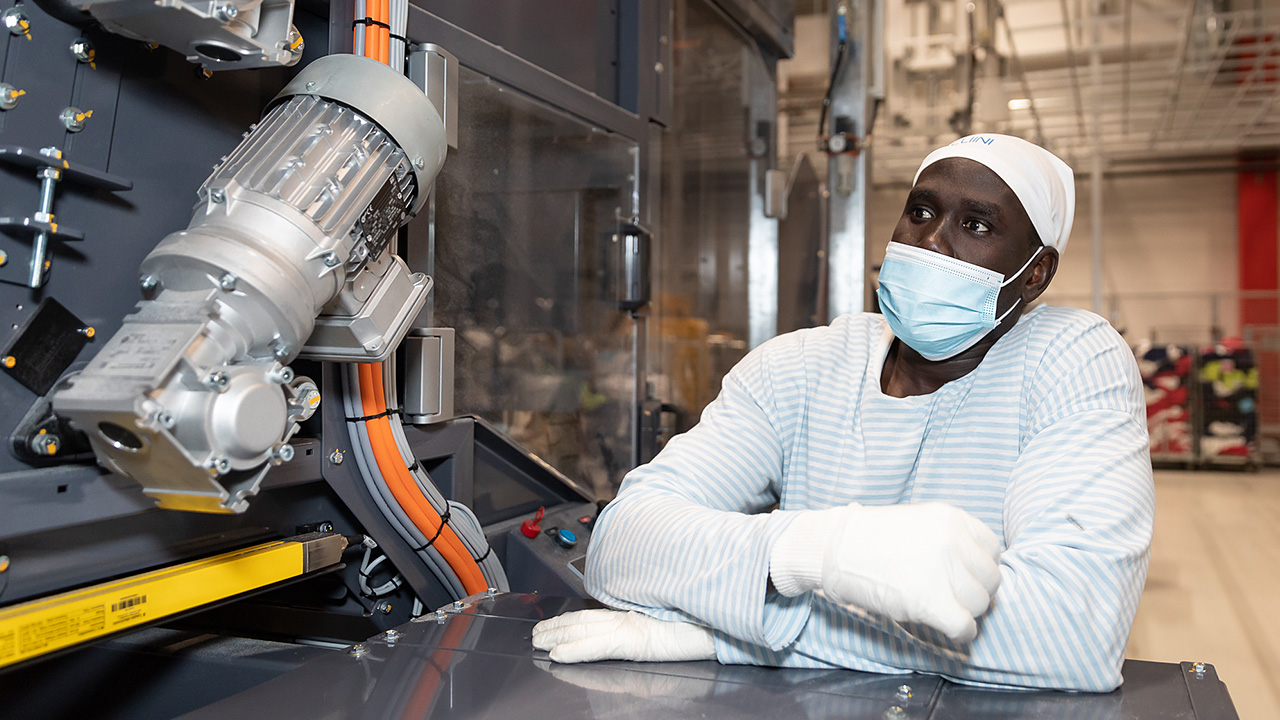 Does it sound cruel? It is everything but – waking up at the crack of dawn is one of the methods with which Atem, who works in Oulun Keskuspesula, fights against the strain of the textiles care operator job.

After that, more good stuff is on the way.

– After getting up I have some coffee and ride my bike to work, also during the winter when it’s freezing. Before starting work, I go to my workplace gym. Sometimes I go there on weekends, too. The gym is a big plus, Atem explains. 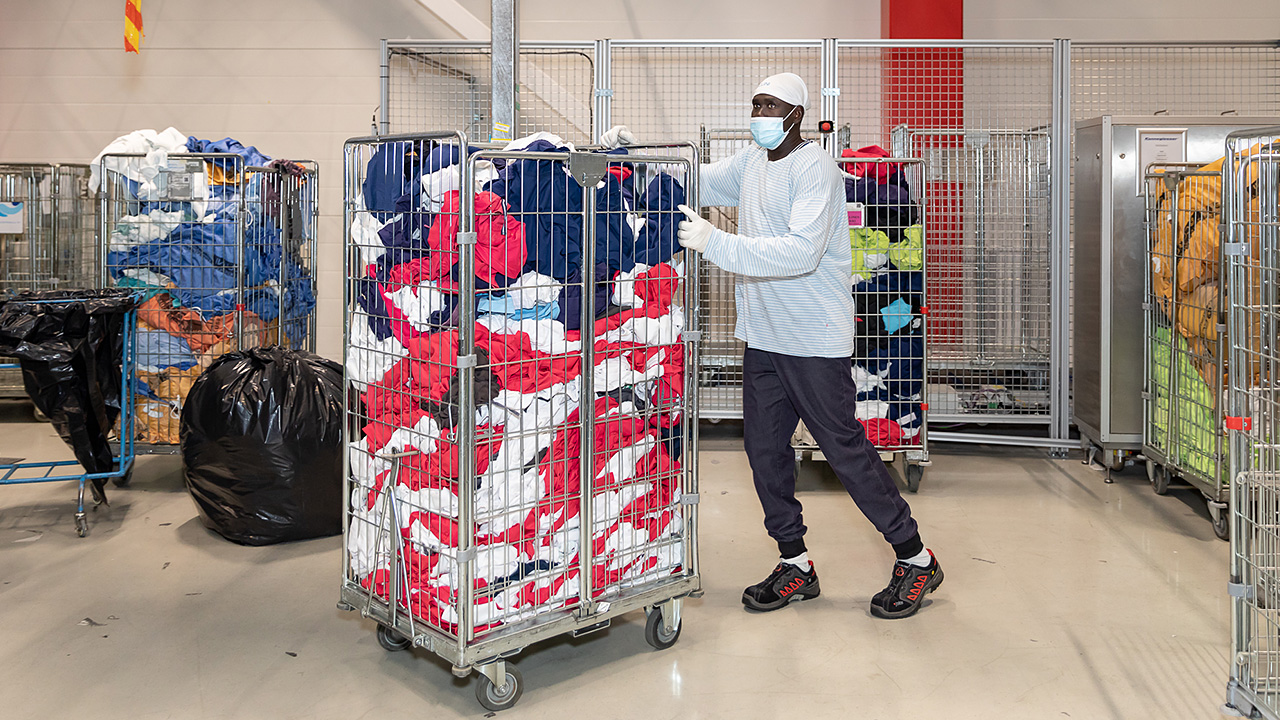 Agang Atem has worked at Oulun Keskuspesula for over four years. He enjoys overtime work as well.

Exercise and stretching help deal with the physically demanding laundry work. There is not a lot of variation in positions and movements. Atem’s other wrist has already been operated once because of a strain injury.

– My wrists and fingers go through a lot of strain. I’d be happy to continue to work at the laundry if my physical health allows it, he says.

That is not all though. In addition to waking up early, coffee, gym and riding his bike, Atem has a fifth secret weapon for overcoming the strain. He will reveal it at the end of this article.

Atem works on the dirty side of the laundry, in the so-called red zone, where face masks are worn around the year. He mostly works by the machine that sorts work clothes, lifting overalls and other work clothes from roller cages to the conveyor belt.

The machine can sort dirty laundry, and its x-ray eye recognises, say, a pen in the pocket of a work coat. If the pen ended up in the machine, it might ruin 50 kilograms of clothes at once. 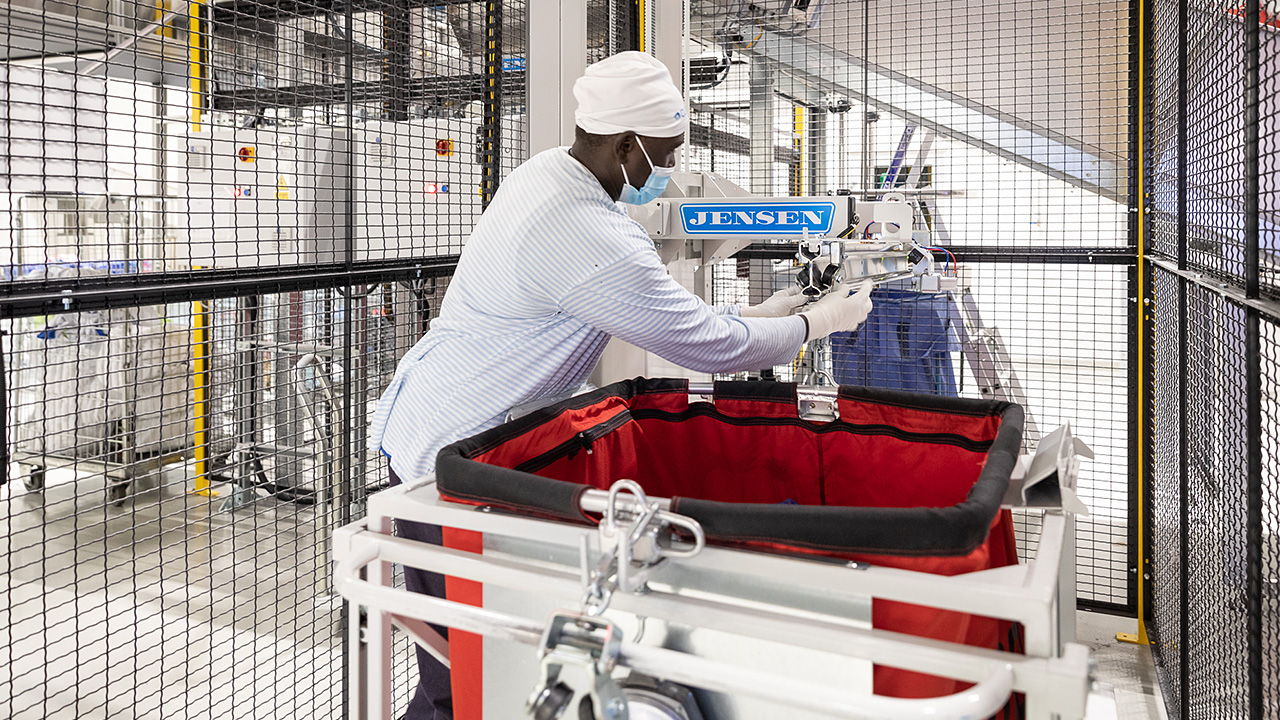 Face masks and protective gloves must be worn on the dirty side of the laundry, i.e. the red zone, because some of the hospital laundry carries a risk of infection.

The laundry company Oulun Keskuspesula Oy is one of Finland’s largest companies providing textile care and rental services.  It employs less than a hundred people, out of which about 20 per cent are men.

Every year, approximately three million kilograms of laundry from hospitals and care facilities along with work clothes are washed at the laundry.

Over a year ago, the laundry moved to new premises located in Rusko industrial area. At the same time, it renewed its machines and equipment.

From assembler to textiles care operative

Atem originally studied and graduated as an electronics assembler in Oulu. There were work internships available in the sector, but not very many permanent jobs.

– The reason could have been the economic situation or the fact that I’m an immigrant. Hard to say which one.

Atem heard from an acquaintance that the laundry company Oulun Keskuspesula could have a job for him. He got a work internship in the laundry through the TE Office in 2017. He was then hired under a zero-hour contract.

I’d be happy to continue to work at the laundry if my physical health allows it.

– The best thing about the job is that we have a good group of people with good community spirit, he compliments his co-workers.

Far from his birth country

Agang Atem lives in Oulu, nearly 6,000 kilometres away from his birth country Sudan. He came to Finland as a quota refugee when he was 15 together with his parents and a couple of his siblings. The year was 2003.

Before settling in Finland, the family lived in Egypt for three years, waiting for access to a safe country. Sudan became independent in 1956. Since then, a civil war has been waged there almost without interruption, or it has otherwise been in a state of utter chaos.

Agang is a Dinka tribe name. Most Dinkas live in South Sudan which detached itself from the mother country Sudan and became independent in 2011.

The price paid for independence was high. Hundreds of thousands of people on both sides of the border were killed in battles, and four million people had to flee South Sudan, either within their home country or to the other side of the border.

– My family first fled the confrontations from South Sudan to the northern part of the country, and then to Egypt, Atem explains.

The area is still restless and unsafe. At the end of October 2021, a military coup was staged in Sudan. It has led to large demonstrations and human casualties.

South Sudan on the other hand has suffered from torrential rains. The floods caused by the rains have forced tens of thousands of people to leave their homes.

– I haven’t visited Sudan since I left. I don’t think about going back because my life is now in Finland and Oulu, Atem says.

According to Atem, the best thing about his home town is safety.

– You don’t even have to be afraid in the evening when walking on the street in darkness.

Read more: As the number of working-age people decreases, who will care for us? Practical nurse Valli Pruuli moved from Estonia to Finland for work, and our country desperately needs immigrants like her

In addition to his native language Dinka, Atem speaks Arabic, English and relatively fluent Finnish, although the language was not an easy one to learn.

Atem joined JHL in 2019. Before coming to Finland, he had never even heard of trade unions. 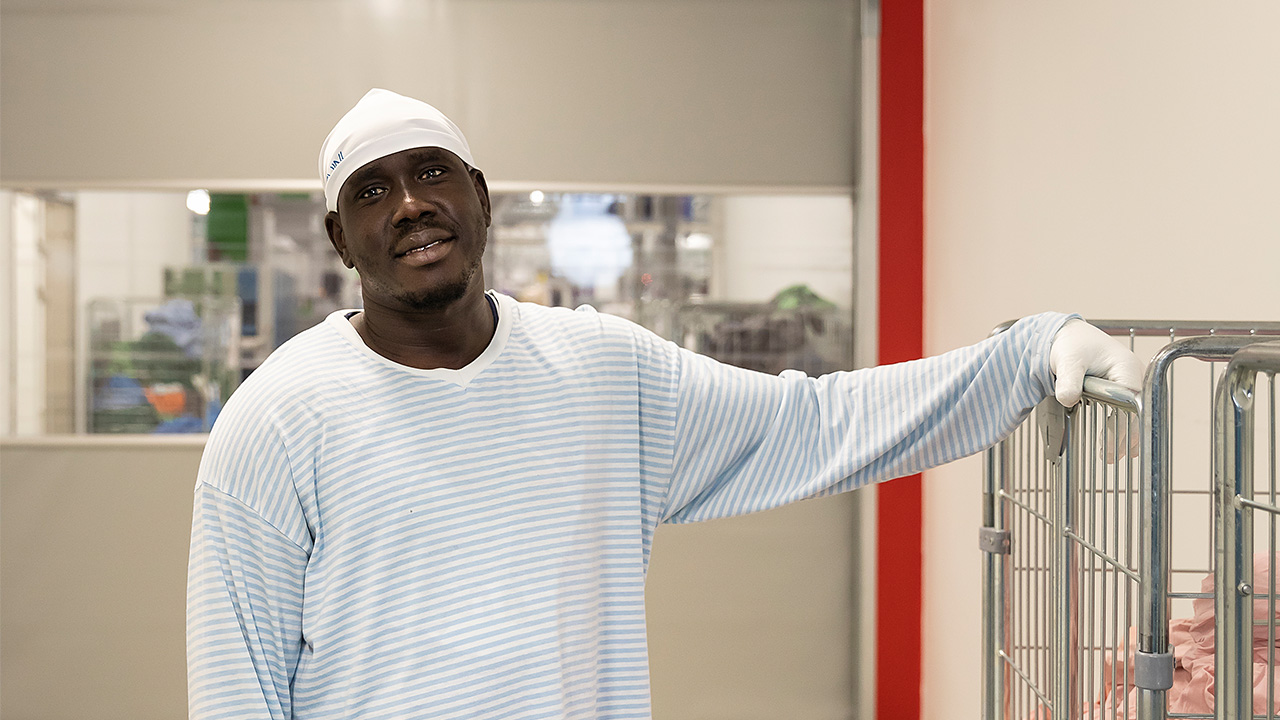 Agang Atem likes music, especially Finnish rap. Sometimes he also listens to it at work through a headphone radio.

An amusing detail is a testament to Atem’s integration into the Finnish culture and way of life.

– Before coming to Finland I had never even tasted coffee. I drank tea. Now I drink two cups every morning.

In Sudan, families traditionally have several children. In Finland, Atem’s childhood family grew by two sisters and two brothers. Now he has five sisters and four brothers, all of which live in the Oulu region. In addition, he is the father of a 10-year-old daughter.

Atem’s fifth method for coping with the physically demanding work is music. He especially listens to Finnish rap in his leisure time. Sometimes he also wears a headphone radio in the laundry, and energetic rap serves as background music to his work.

His favourites include JVG, Elastinen, Cheek and Pyhimys. He has also seen all of them live on stage.